The Open Source Zoom Alternative with More than 1.4M Downloads

Over the last few weeks, you probably heard about Zoom; the videoconferencing turned how people gather app, and how it's the most popular app on the App Store right now breaking all kinds of records. But Zoom isn't the only videoconferencing app that's seeing increasing demand right now.

Jitsi Meet is an open-source alternative to Zoom that's completely free and can be run by anyone with a spare server (or access to the cloud). Over the last few weeks, downloads for Jitsi Meet have grown from a meager average of 120 daily downloads to more than 100,000. 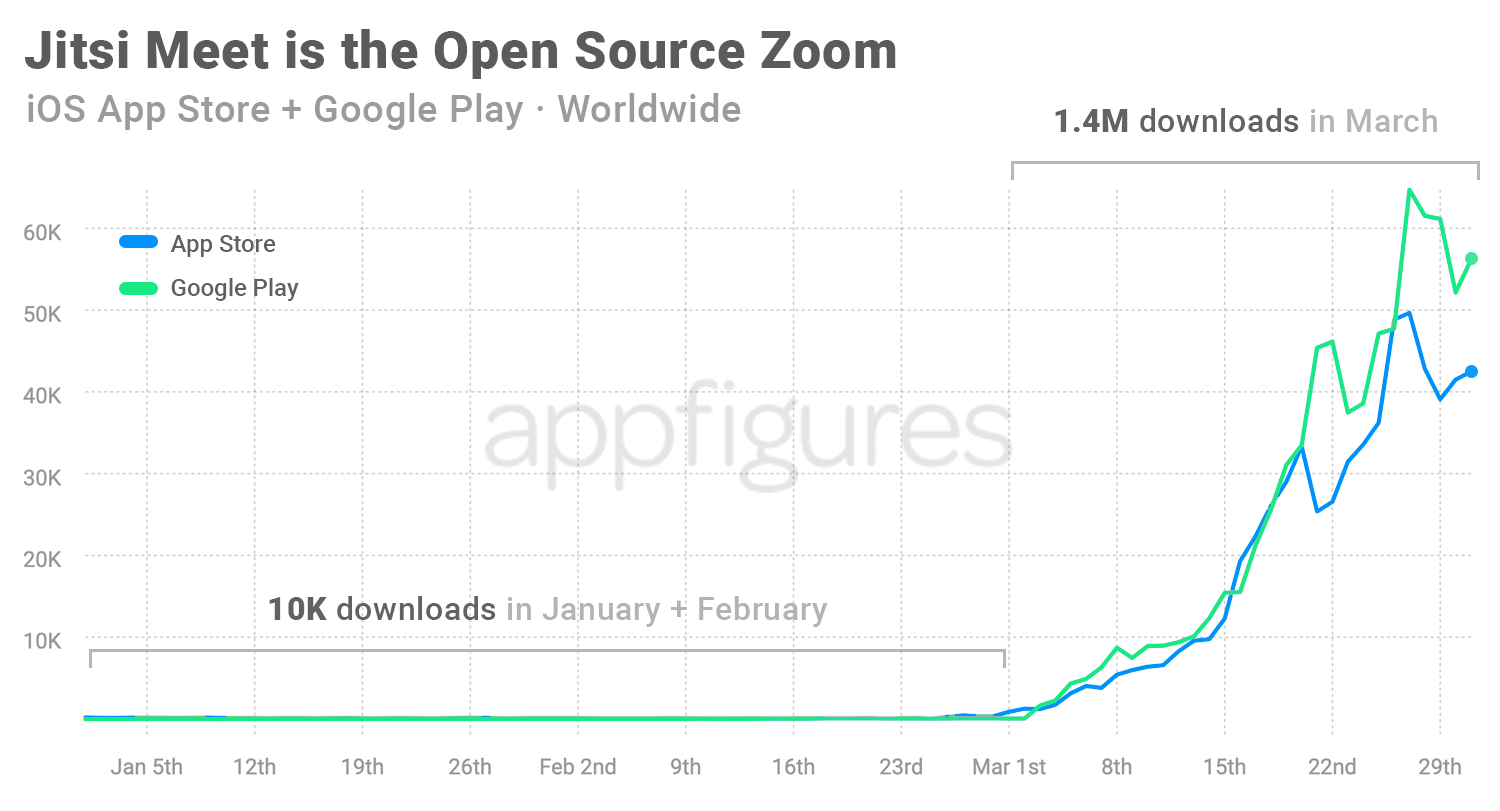 In February, the app was downloaded a little over 5,000 times across the App Store and Google Play. In March, it was downloaded more than 1.4 million times, an unimaginable 280x increase.

What's interesting is where these downloads are coming from. A hint: it isn't the US. 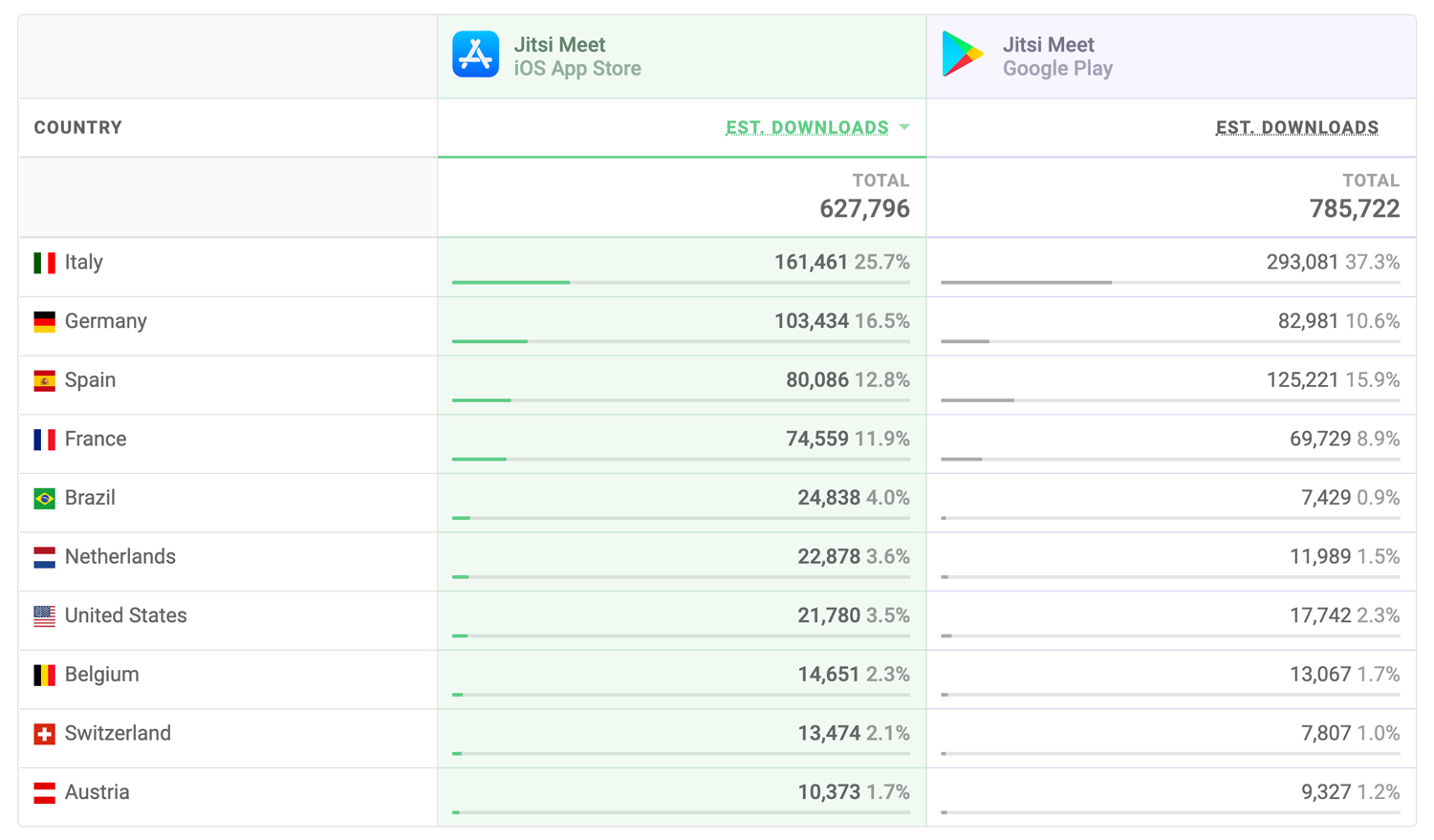 When app downloads explode, the US usually leads the way, but that's not the case here. The lion share of downloads for Jisti Meet came from Italy (32%), Spain (14%), and Germany (13%), Europe's hardest-hit countries. The US makes up just about 3% of total downloads.

That's, however, a trend we expect to change in the coming weeks. Between Zoombombs, company-wide bans like the one issued by Tesla, and the lack of real end to end encryption, Zoom is becoming less attractive.

The insights in this report come from our proprietary, high-quality app intelligence. Companies, schools, universities, banks, and journalists all over the world use our app intelligence every day. Use it too →