TikTok's popularity has been rising consistently over the last few years. Concerns about privacy and its relationship to China haven't been able to curtail the app's meteoric rise. 2020, so far, has been TikTok's biggest-ever in terms of downloads. 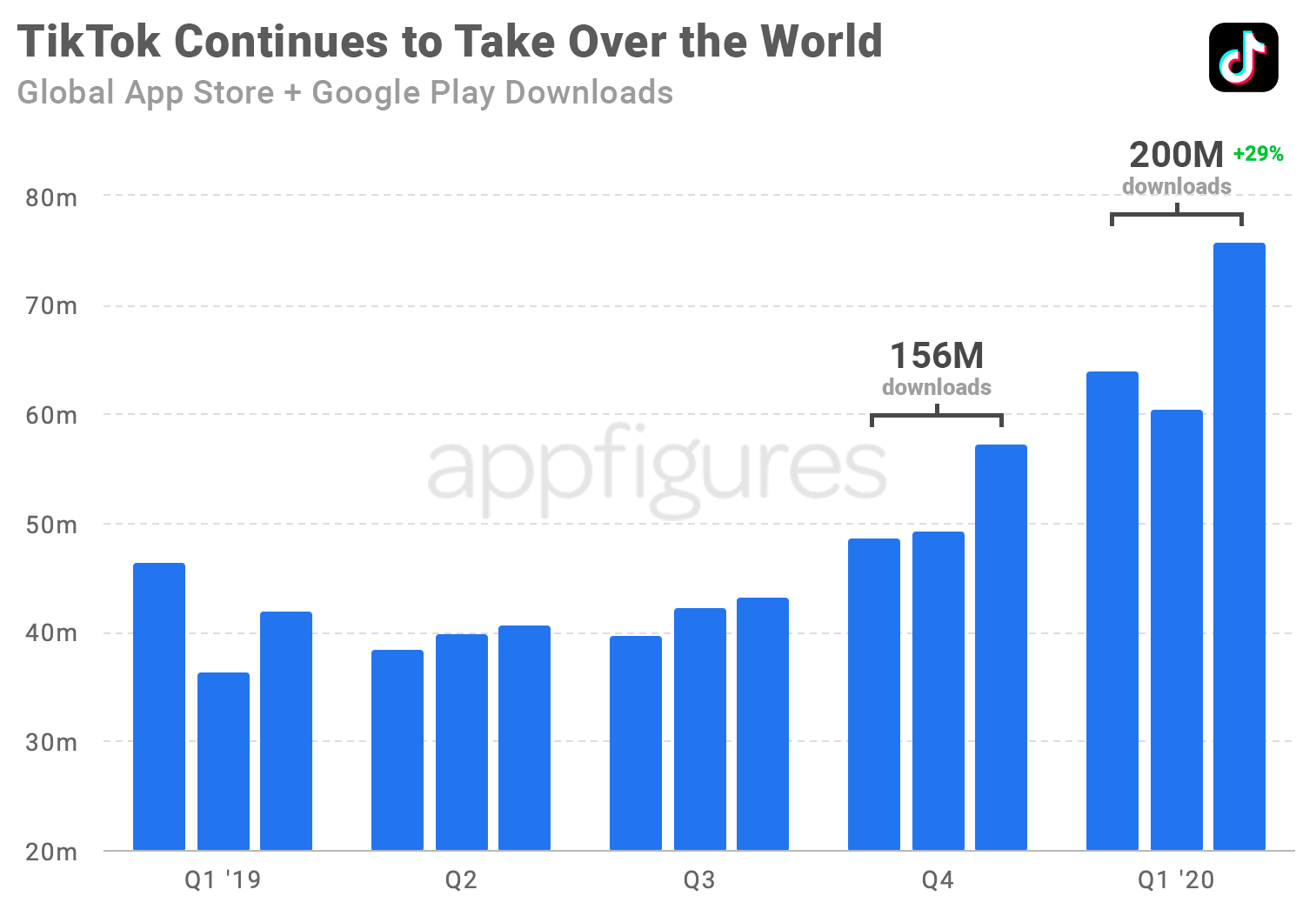 Big in India and Brazil

Although TikTok had a great quarter in terms of downloads in the US, those only added up to 10% of the total downloads. 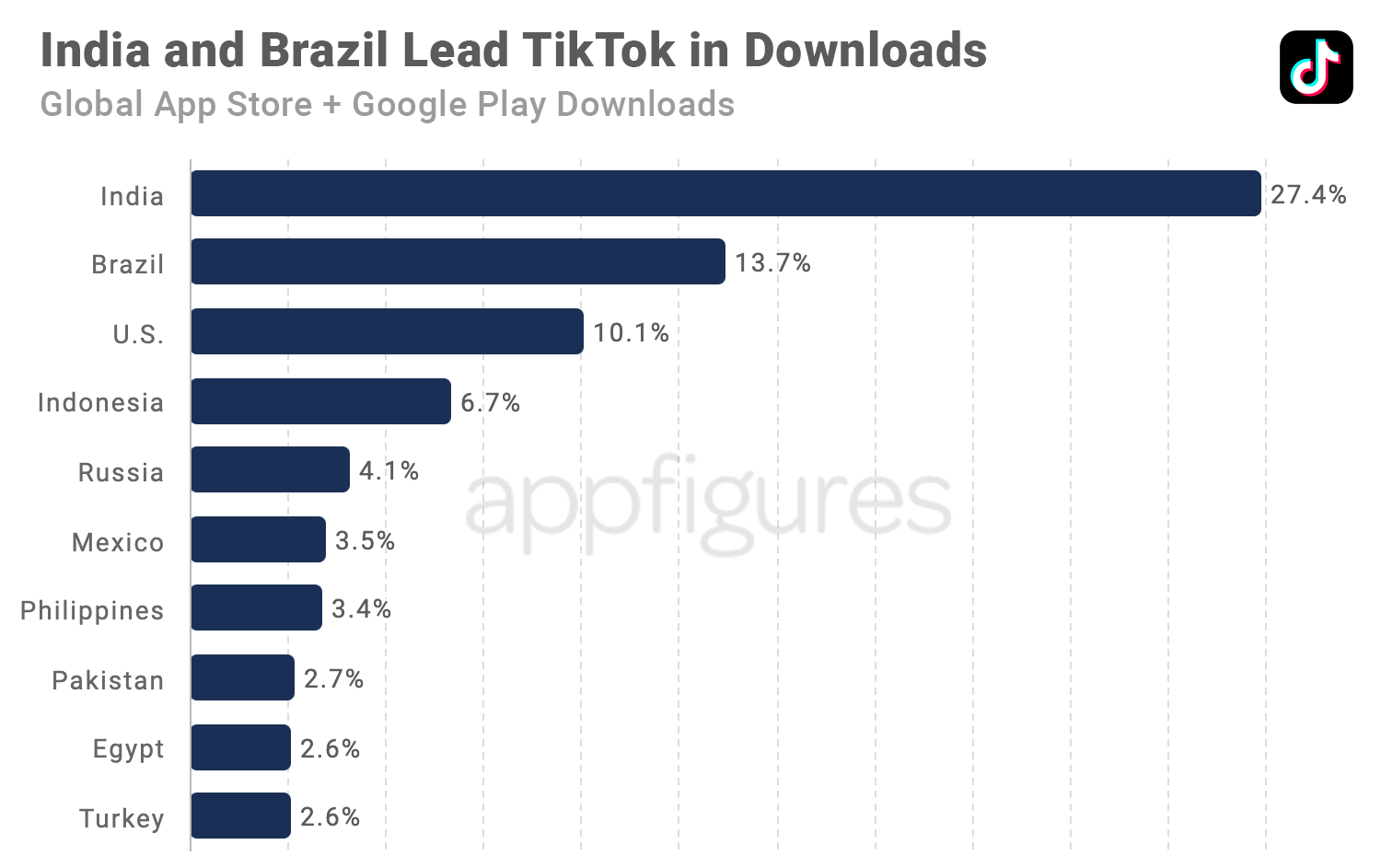 India added 55 million new downloads to TikTok's total in Q1, with 27% of total downloads. This trend isn't new. When we looked at the app back in December, it was a very similar story. India's population will continue to drive TikTok's downloads to new levels as they get more affordable access to mobile devices.

Brazil, the second-largest country by downloads with 14%, is in a similar position. Lots of new users provide TikTok near-endless potential, and its word-of-mouth popularity is sure to help spread it like wildfire.

When it comes to platforms, the majority of TikTok's downloads in Q1 came from Android devices. Android is the dominant platform in both India and Brazil, as well as the majority of countries that aren't the US, so this isn't surprising.

Built with React Native and Firebase

A look under the hood of the app using our SDK intelligence shows what TikTok is made with. React Native, Firebase, and a few open-source projects for development, several ad networks, Appsflyer for attribution, and several native APIs. 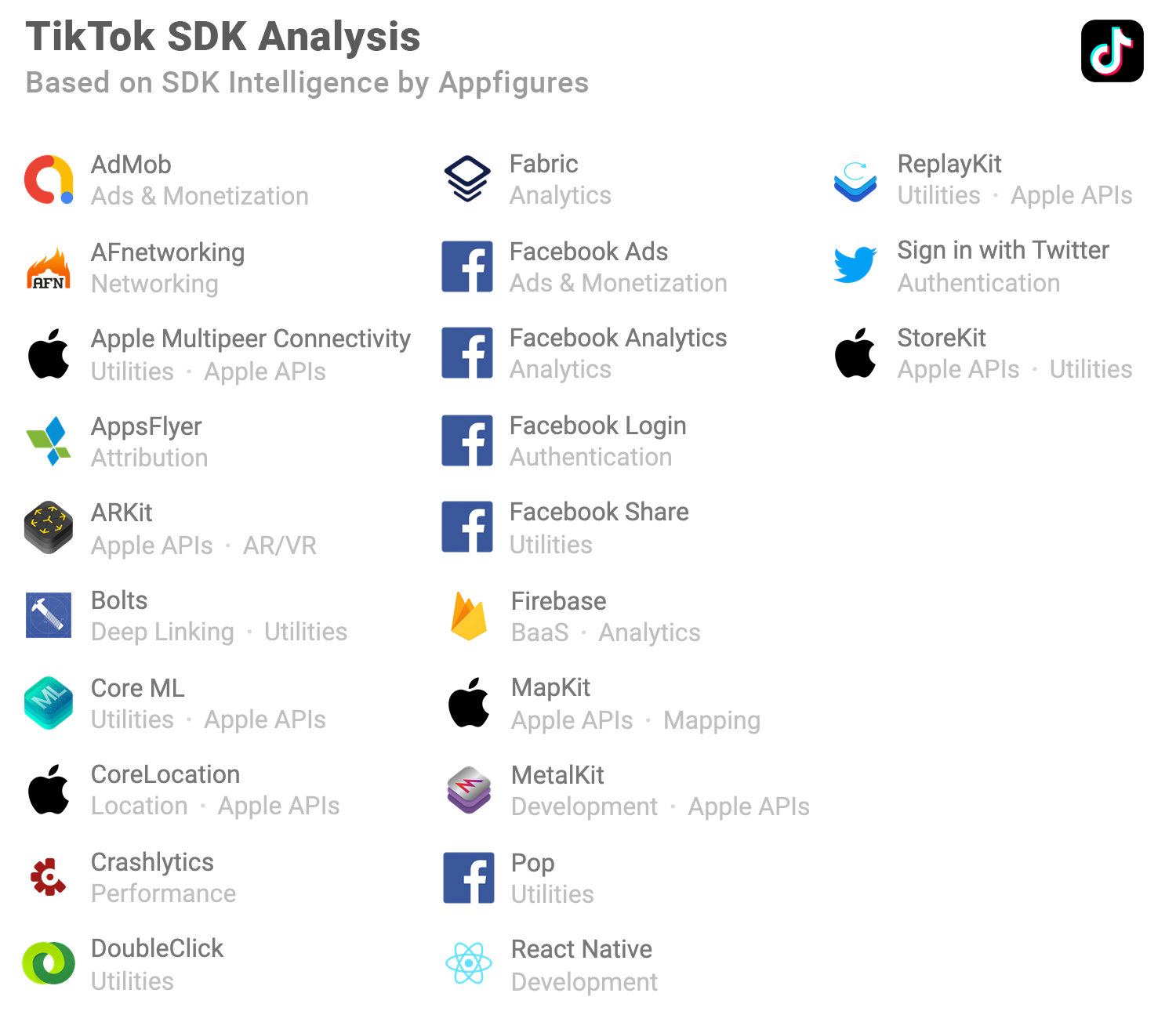 Are You Flying Blind?

Successful developers know their market and competitors, and well. Get the insights you need to compete with Appfigures. Learn more