The Numbers Behind Area F2, The Rainbow Six Clone Ubisoft Took Down by Force

Ubisoft isn't messing around when it comes to protecting its intellectual property. Earlier this week, the company filed lawsuits against Apple and Google for allowing a clone of Rainbow Six Siege to be sold on the App Store and Google Play. The aggressive legal action comes after "playing nice" and asking the operators to take it down politely resulted in a simple rejection.

Copycats run rampant in both stores, but this clone took off. The game in question is Area F2 - Global Launch, a fairly obvious copy, developed by a company based in Hong Kong. Although Rainbow Six isn't available on mobile devices, Apple and Google took down the game.

Let's take a look at just how successful Area F2 got during its short life.

Millions of Downloads in a Few Days 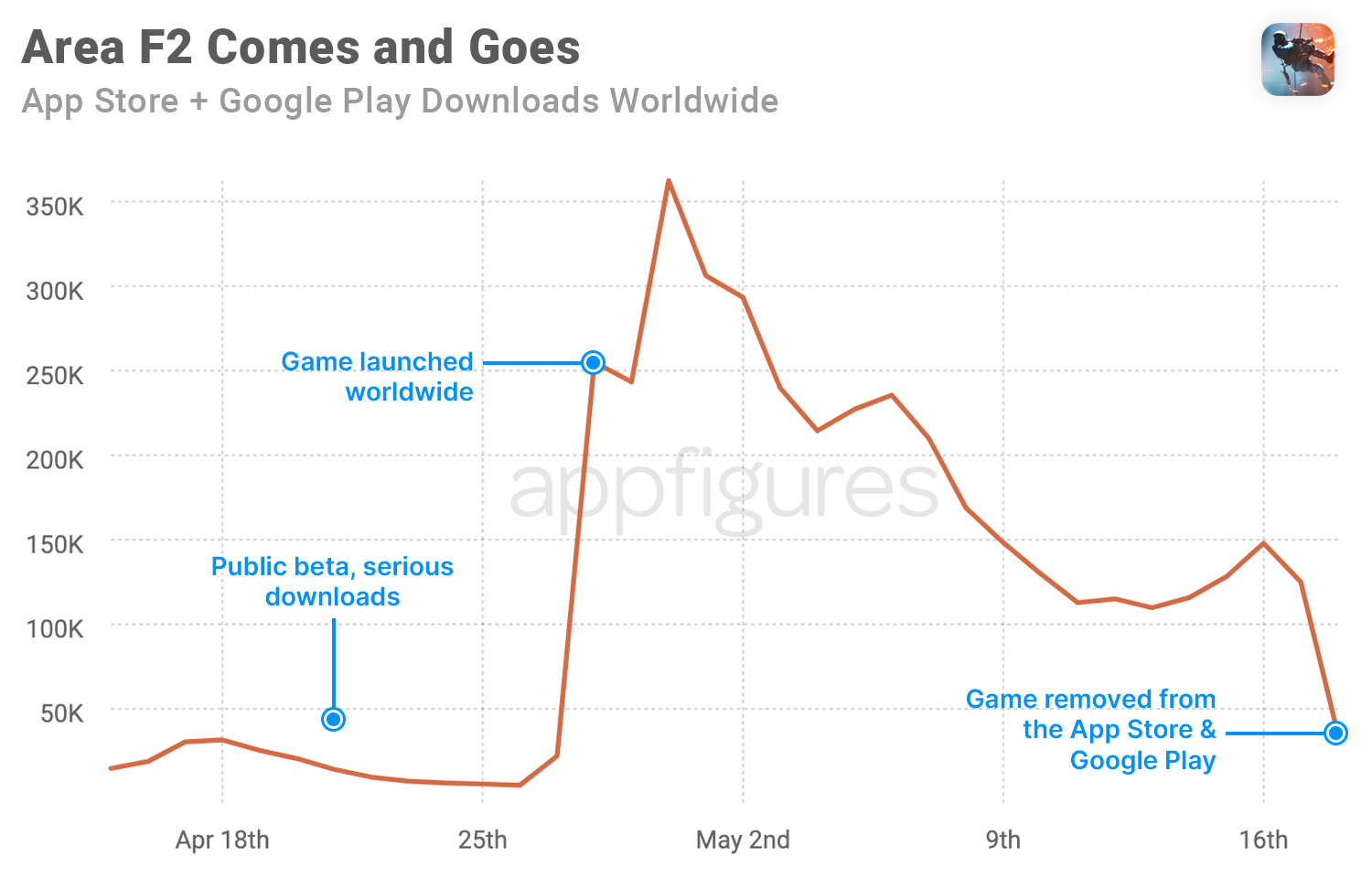 The game initially launched in a public beta, where it averaged 15K daily downloads. It launched globally at the end of April, pushing downloads north of 300K during the launch and stabilizing around 110K daily downloads across the App Store and Google Play.

All-in, Area F2 collected a total of 4.2 million downloads in the 33 days it was available. 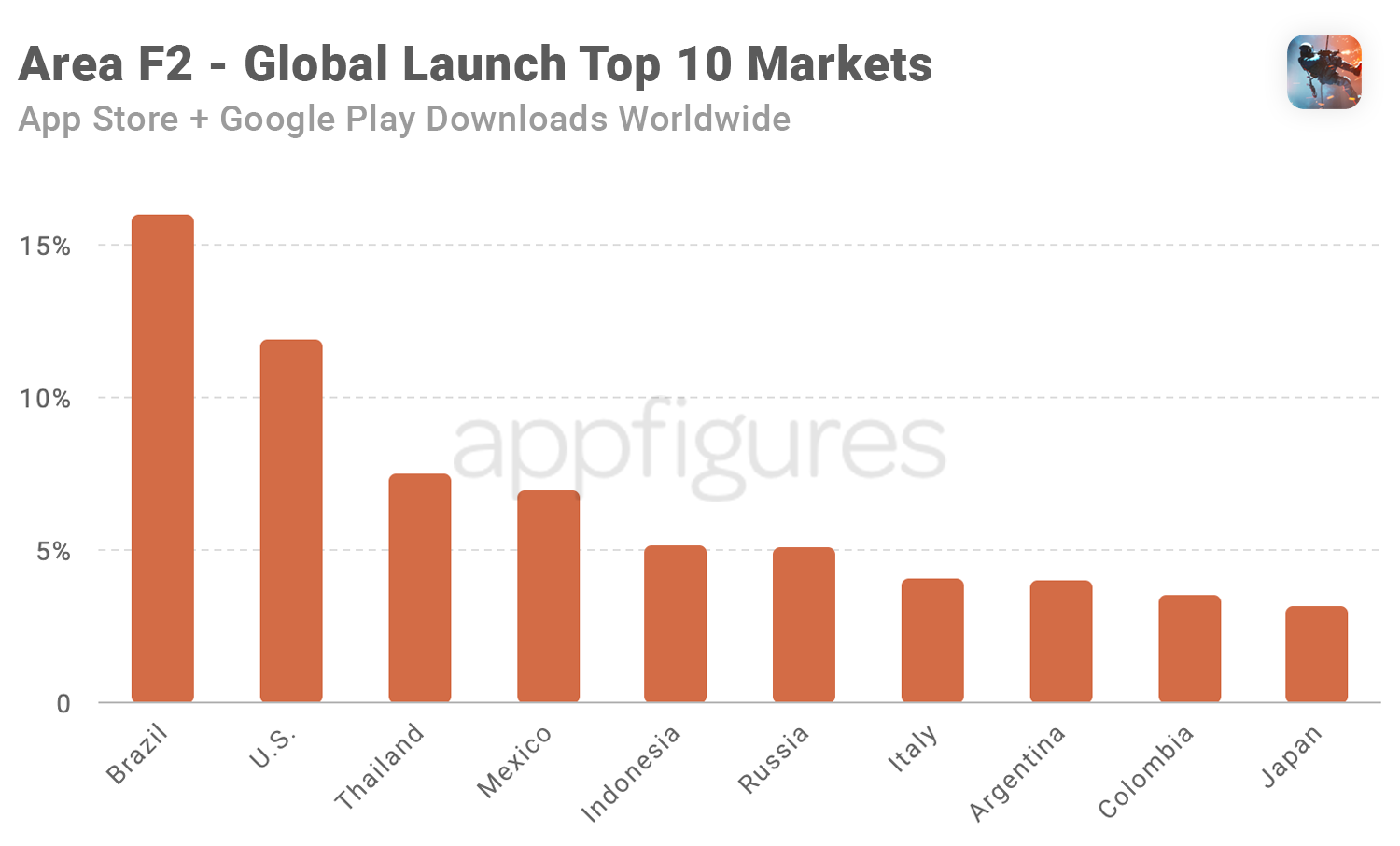 The top 10 countries, by the number of downloads, amounted to just 66% of all downloads. Interestingly, the U.S. was not the top country. That was Brazil, which was responsible for 16% of downloads. The U.S. came in second, with a 12% share. Thailand, Mexico, and Indonesia round out the top 5.

Is Area F2 Coming Back?

Probably. The company updated players about the immediate termination of the current version on Tuesday but did say in a separate message that they are working on new improvements. Given the game's initial success, whatever they ship next will probably get love right away. But, will Ubisoft let that happen?

Protect Your IP on the App Store and Google Play

Whether you're a mega-publisher like Ubisoft or just starting to build your brand, it's crucial to ensure you're the only one using your brand and intellectual properties.

Explorer makes that very easy by automating the whole process. Enter your brand name and Explorer will look through millions of apps, every day, and alert you when someone else uses it. Learn more