This Week in Apps #33: Facebook, Among Us!, Grammarly, Citizen, and Speechify

The Mobile Download Index has been pretty flat lately, which is good news, considering it's been on a downward trend since the summer ended. Games were hit the hardest, going down to the lowest we've seen in the U.S. App Store this week.

Too much to read

I don’t think anyone will disagree that 2020 has been the most news-intense year in recent memory.

Those who want to stay in the know but don’t want to read have found a solution in Speechify, "an intelligent text-to-speech audio-reader that turns your reading material into interactive audiobooks."

Since the summer, Speechify's downloads rose more than 1,400%, from roughly 5K/week to 77K last week, according to our estimates. 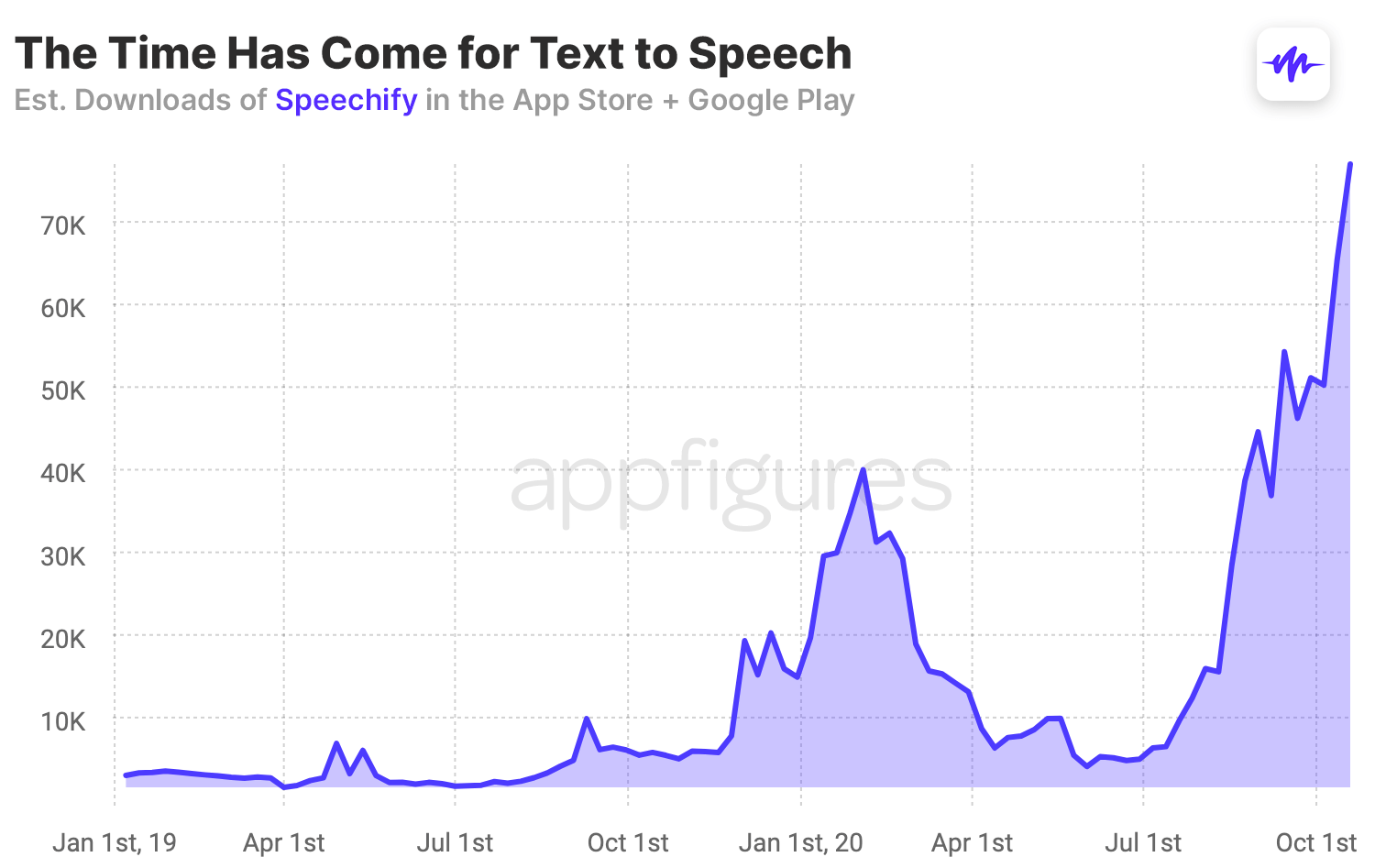 Typo catcher Grammarly hit its highest single-day of revenue in the US App Store this month, netting $24.6K in a single day for its custom keyboard, according to our estimates.

So far this year, Grammarly’s net revenue (after Apple and Google take their fee) hit $3.6M, up more than 380% compared to the same period last year. 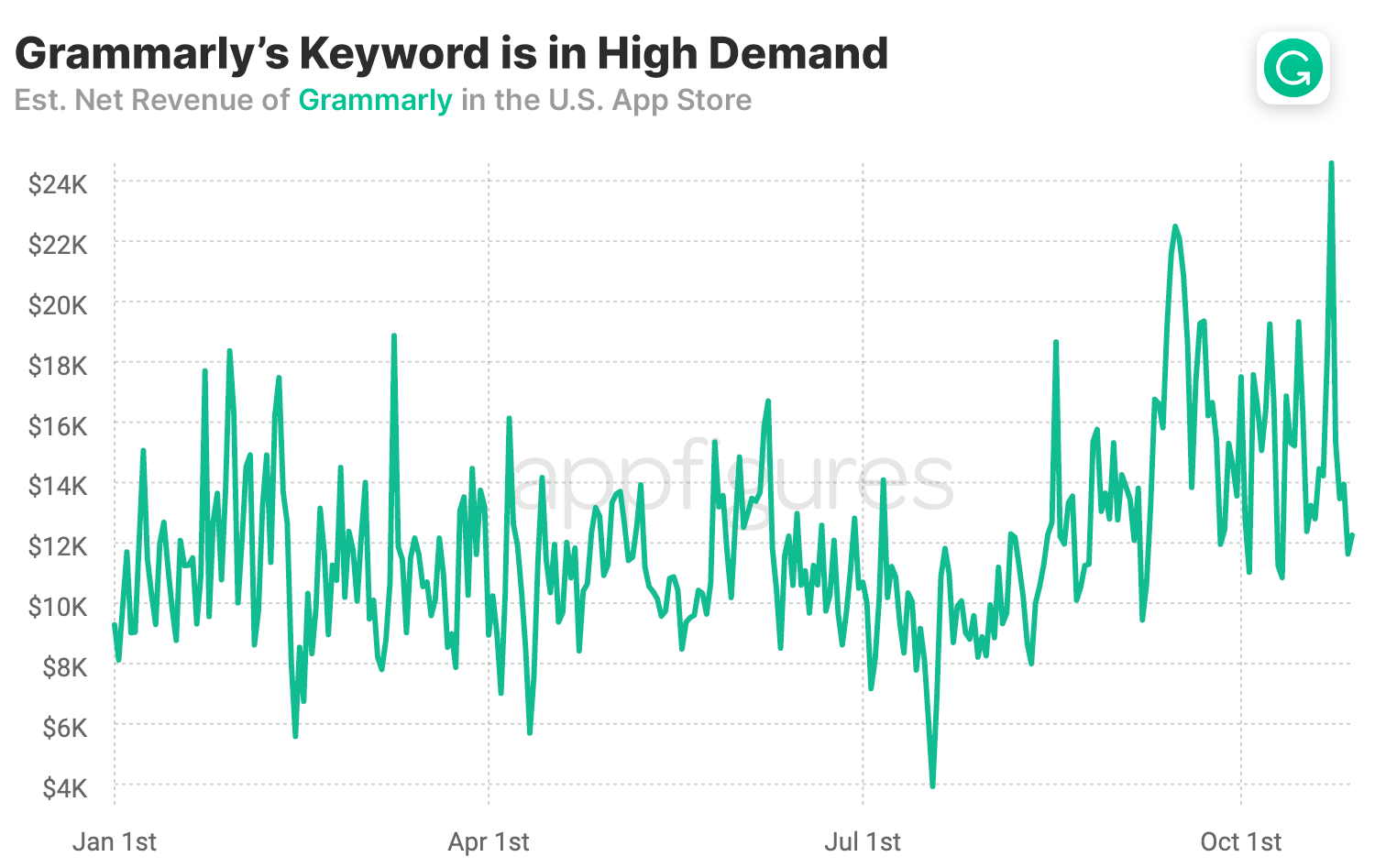 The most downloaded game in October

Among Us!, which I’ve covered more than once before, continues to top the charts. In fact, it was the most downloaded game in October, and by a lot!

Our app intelligence shows Among Us! getting downloaded by 67.2M new users in October across on the App Store and Google Play globally. 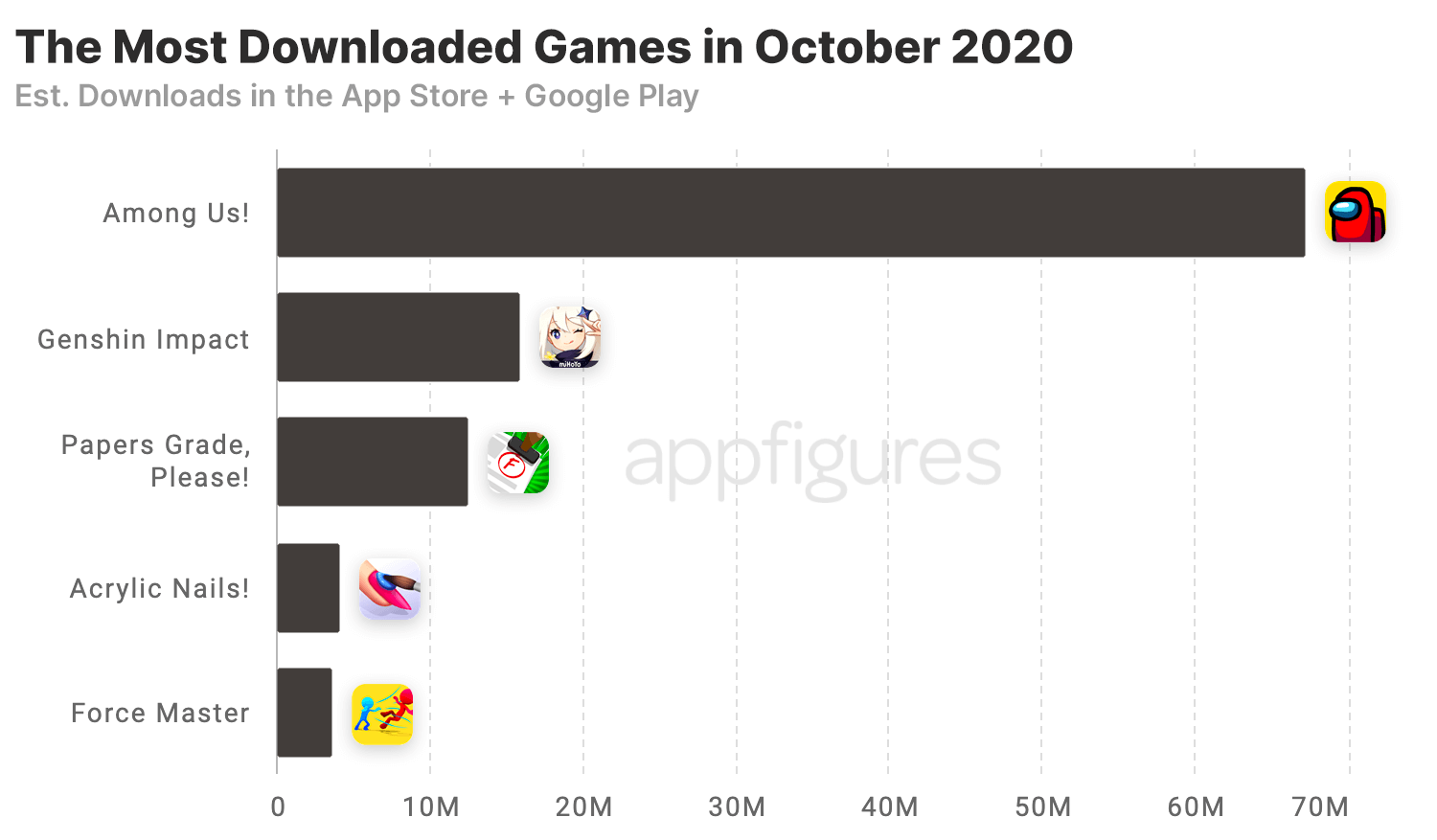 Genshin Impact came it at #2, with 16M downloads according to our estimates, followed by bursting hyper-casual titles: Papers Grade Please!, Acrylic Nails!, and Force Master.

Months of unrest all over the U.S. have given rise, yet again, to Citizen, the hyperlocal "personal safety network."

Downloads have spiked this week, hitting 18.2K on Wednesday, the highest single-day downloads since June. 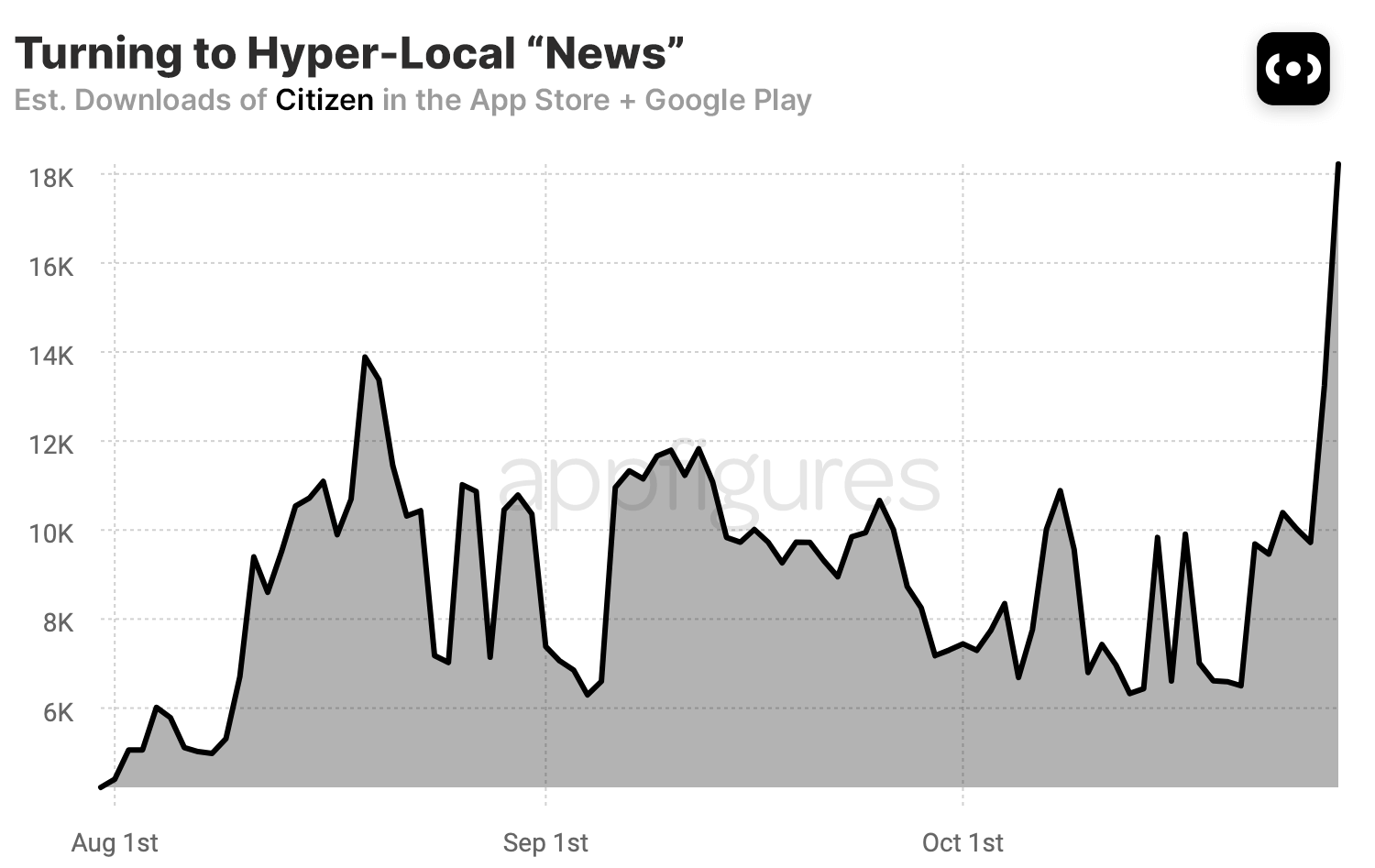 Fun fact - Only three Android apps have been rated more than 100,000,000 times on Google Play. All three belong to... Facebook.

WhatsApp leads the way for the pack, with 123M ratings. Instagram, with 108M, and Facebook with 104M, are right behind it. 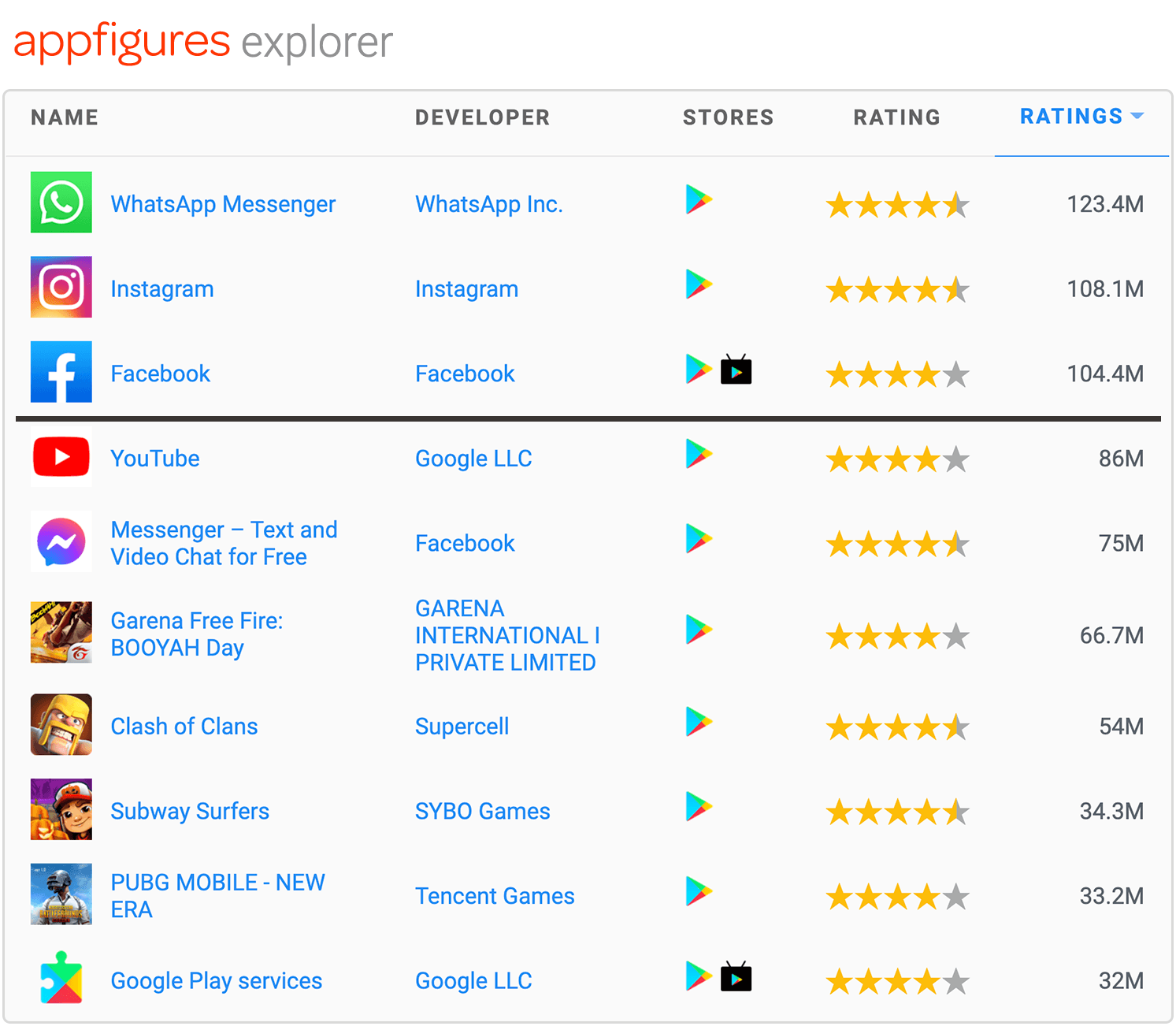 The Key to Smarter Decisions

The insights in this report come from our proprietary, high-quality app intelligence. App makers, marketers, banks, investors, and journalists all over the world rely on our affordable app intelligence every day. Learn more →

All figures included in this report are estimated. We never use actual data in public reports.