This Week in Apps #50 - Google, HBO, Facebook, MLB, and that Other App

This Week in Apps is a weekly, no-fluff, data-first, round-up of interesting things that happened in the mobile industry. Here are our top highlights.

📈 We're still not out of the February dip, which seems to be stretching longer than previous years.

Last summer Facebook introduced Messenger capabilities into Instagram, a move I suspected at the time was a necessity to bring users to Facebook, which loses its appeal with the younger crowd on a daily basis.

The merge was, and still is, optional and isn't required. Six months in, we can see just how big of an impact this move had: 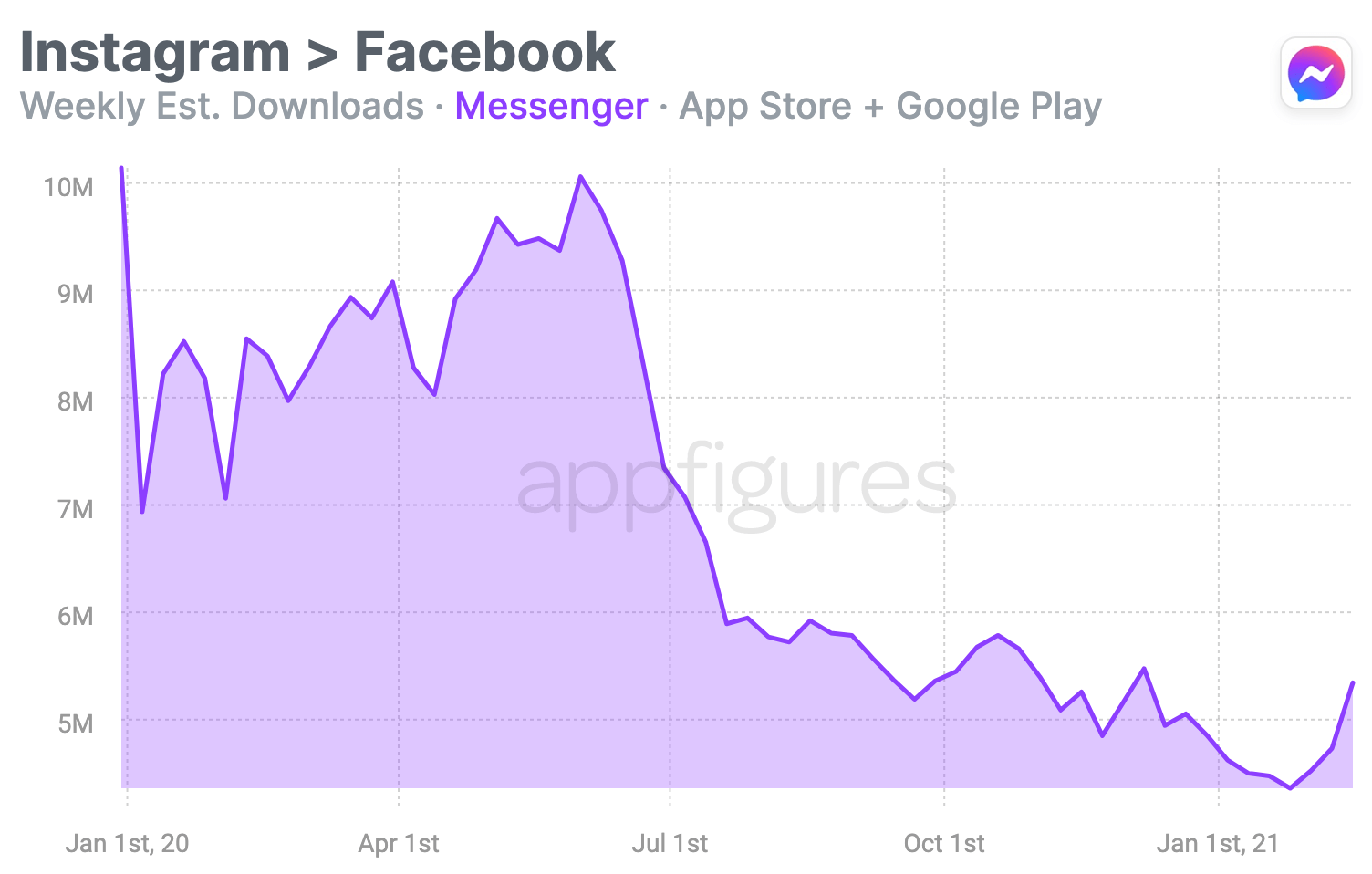 Weekly downloads of Messenger across the App Store and Google Play dropped by more than 60% according to our estimates, from a peak of 10M before the change to 4.3M, less than half, in late January.

Those missing downloads are sure to make some team at Facebook unhappy, but if we zoom out, this drop quantifies the potential for bringing users from Instagram, which is much sexier these days, back to the flagship platform, where Facebook has more (and better) ways to monetize them.

Did you get a voice assistant in 2020? Looking at downloads of the two leading products, Google Home and Amazon Echo (aka. Alexa), it's very clear that even if you didn't, someone you know most likely did. 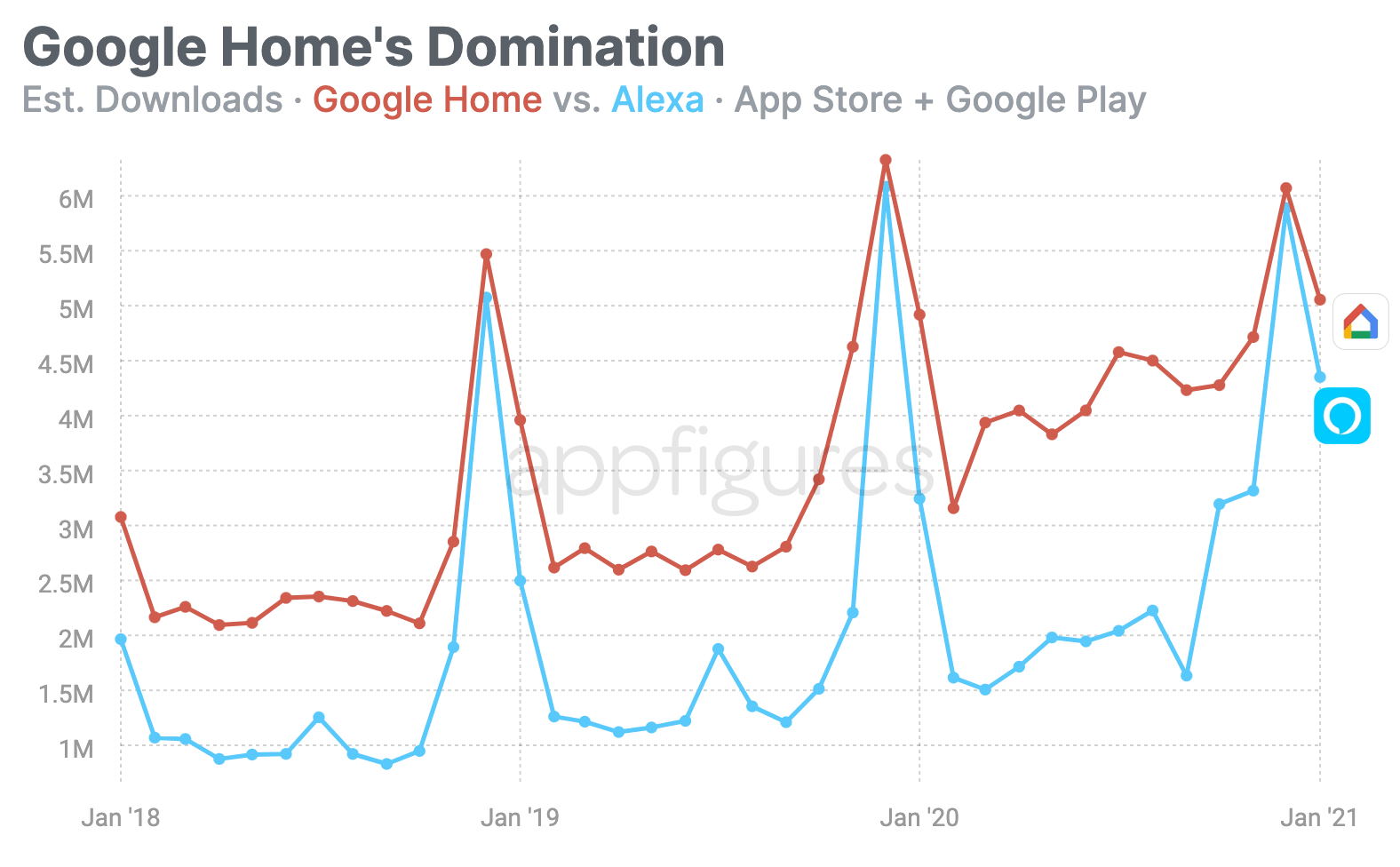 I've been using my HomePod more lately, but only because it's a better speaker than the various Echo's I have.

Which one do you prefer?

I didn't really want to talk about this app because it's not really a trend, but... Apple did something I found interesting, so I have to talk about it.

A few days ago, a viral video on TikTok propelled downloads of Poop Map 🙈 to the top of the App Store. 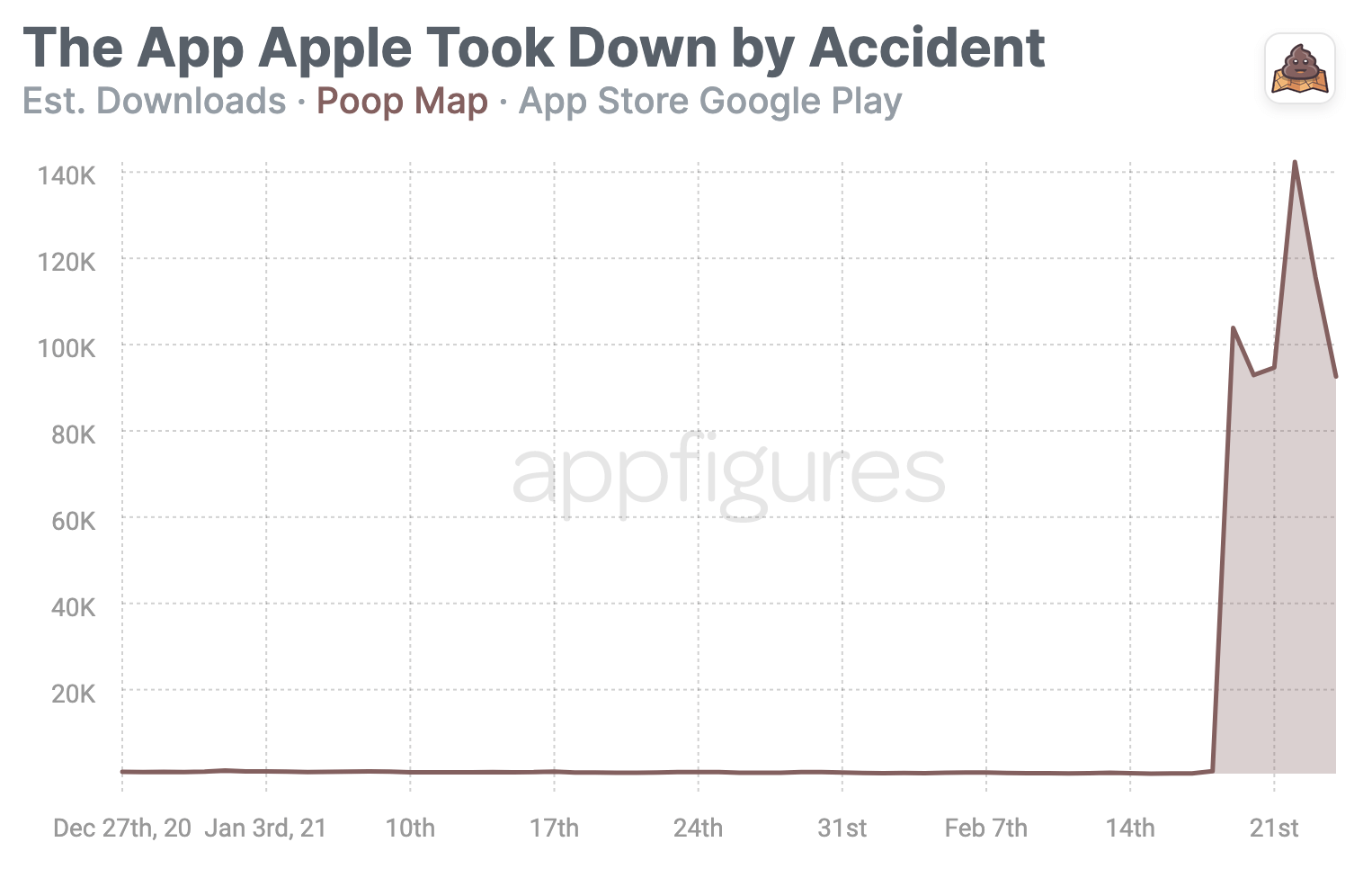 Downloads grew quickly and abruptly from just a few hundreds to over 100K. That's right, with a K.

Usually, when something like this happens, the developers get excited and do a celebratory dance, but this achievement was met with ire from Apple, which thought the app was cheating somehow and made it invisible on the App Store.

Here's the interesting bit - according to the developer, the app was still available to download, it just wasn't appearing in the top charts. Apple undid that fairly quickly, and the app proceeded to have a few very good days, adding 650K new downloads in less than a week, according to our app intelligence.

I suspect this is directly related to all the rumble about ratings scams that I've been hearing. One developer has been working hard to expose apps that use fake ratings to scam users out of millions of dollars, and while Apple hasn't responded officially, they have made a variety of changes that suggest they're scrambling to handle this internally.

4. Max was the right bet

If you've been following This Week in Apps for long enough, you know streaming is one of my favorite sectors, and how much I like what HBO is doing with Max.

Why? Because it's working: 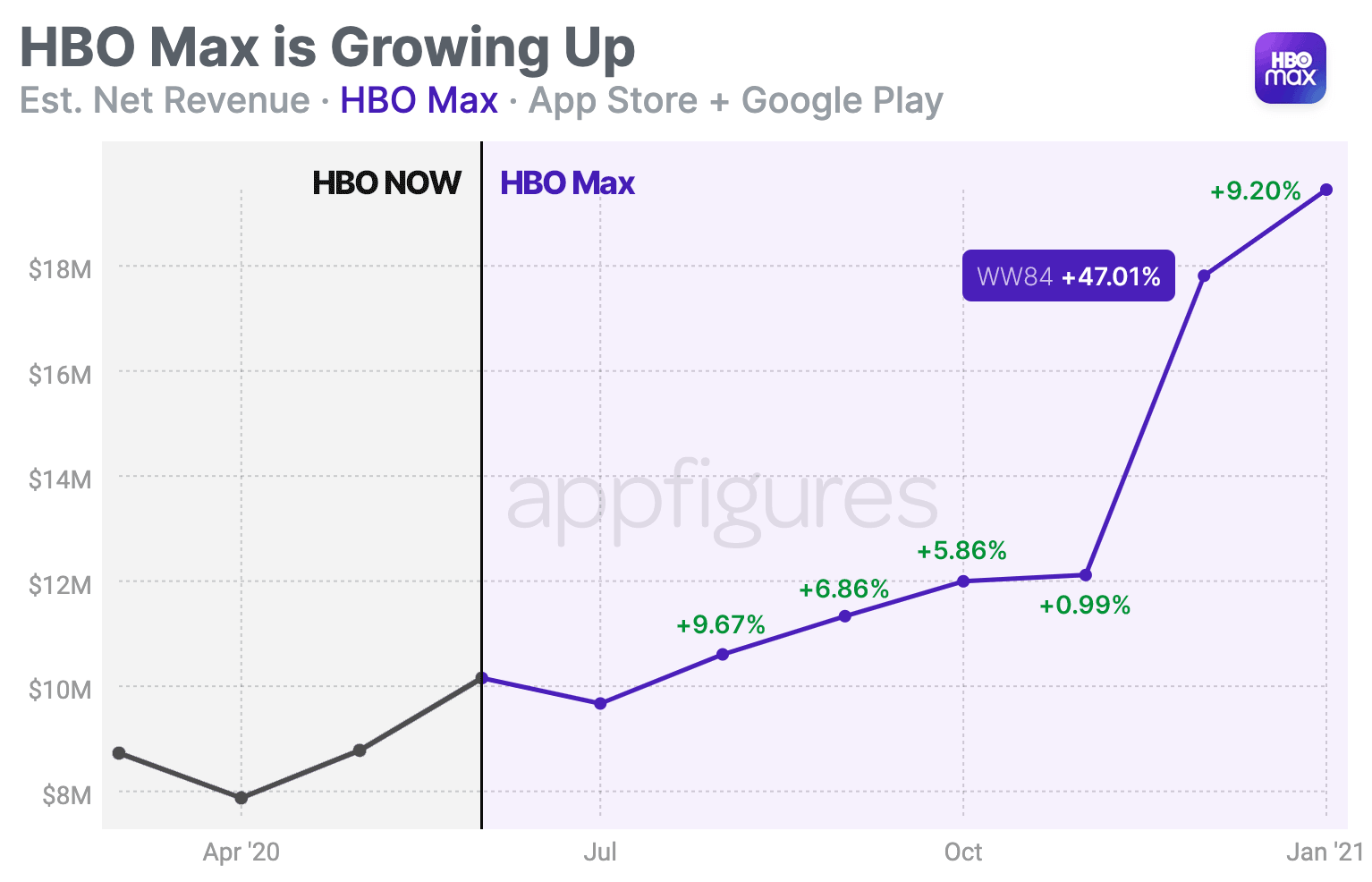 Monthly revenue for the subscription service has been growing steadily since the service's big rebrand from HBO NOW to Max.

This is net revenue, meaning after Apple and Google take their 15% or 30% cut.

For comparison, Disney+'s net revenue in the U.S. in January was $27M. More, yes, but not that much more.

And let me end on a warm note, baseball's back!

The MLB is starting spring training this week, a move that led many to subscribe to updates via the MLB app. Oh, and those cost money. 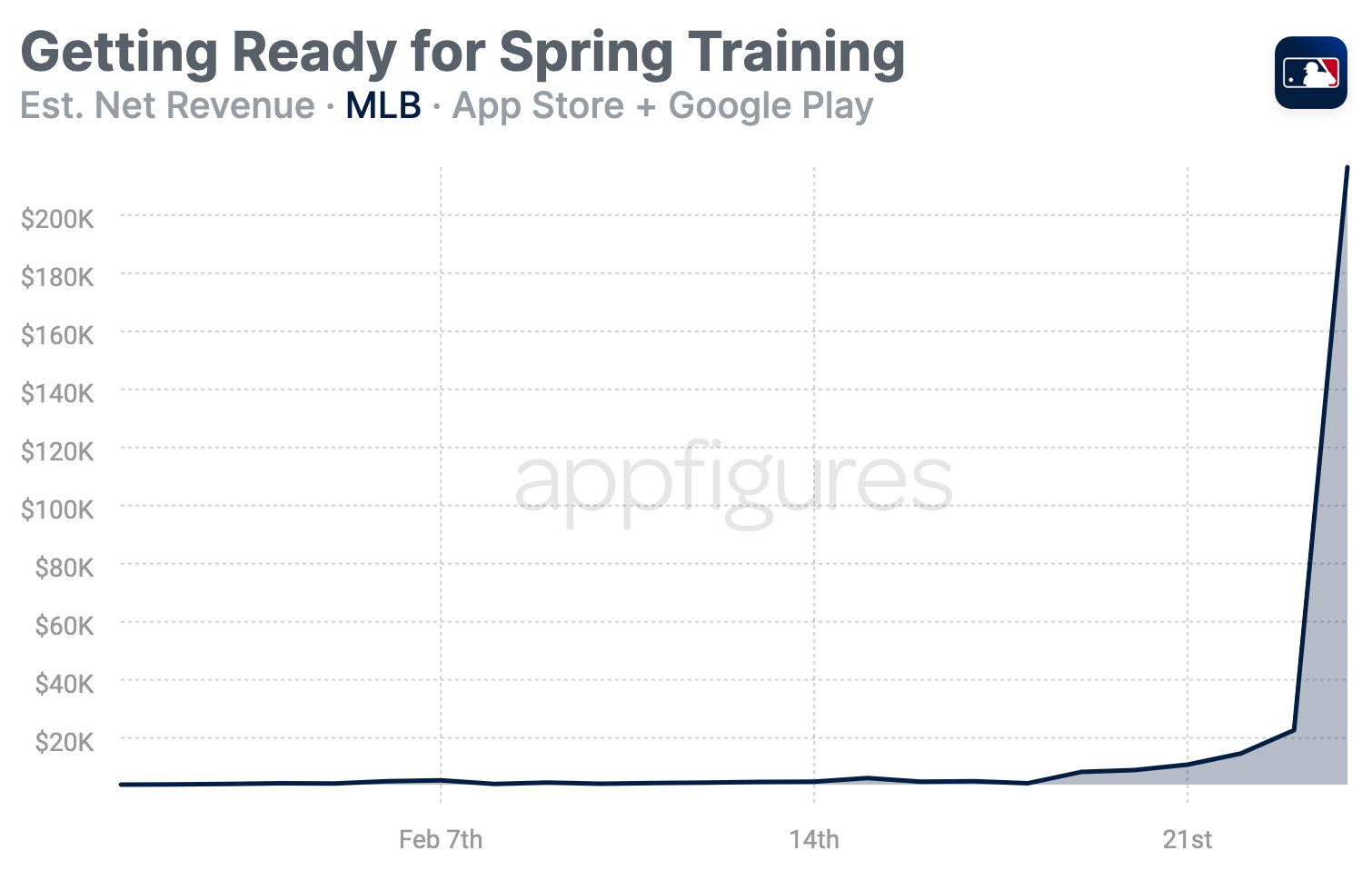 The MLB grew its bottom line by more than $210K in one day this Wednesday, according to our estimates, a trend I suspect will continue for the next month and grow even larger as we get close to the season's official start in April.

Lockdowns have been rough for sports all around. A trend that teams, leagues, and fans alike would like to see end, but the move to consuming sports via app is here to stay and will likely hybrid even deeper into the way we used to consume sports.

That's it for this week. 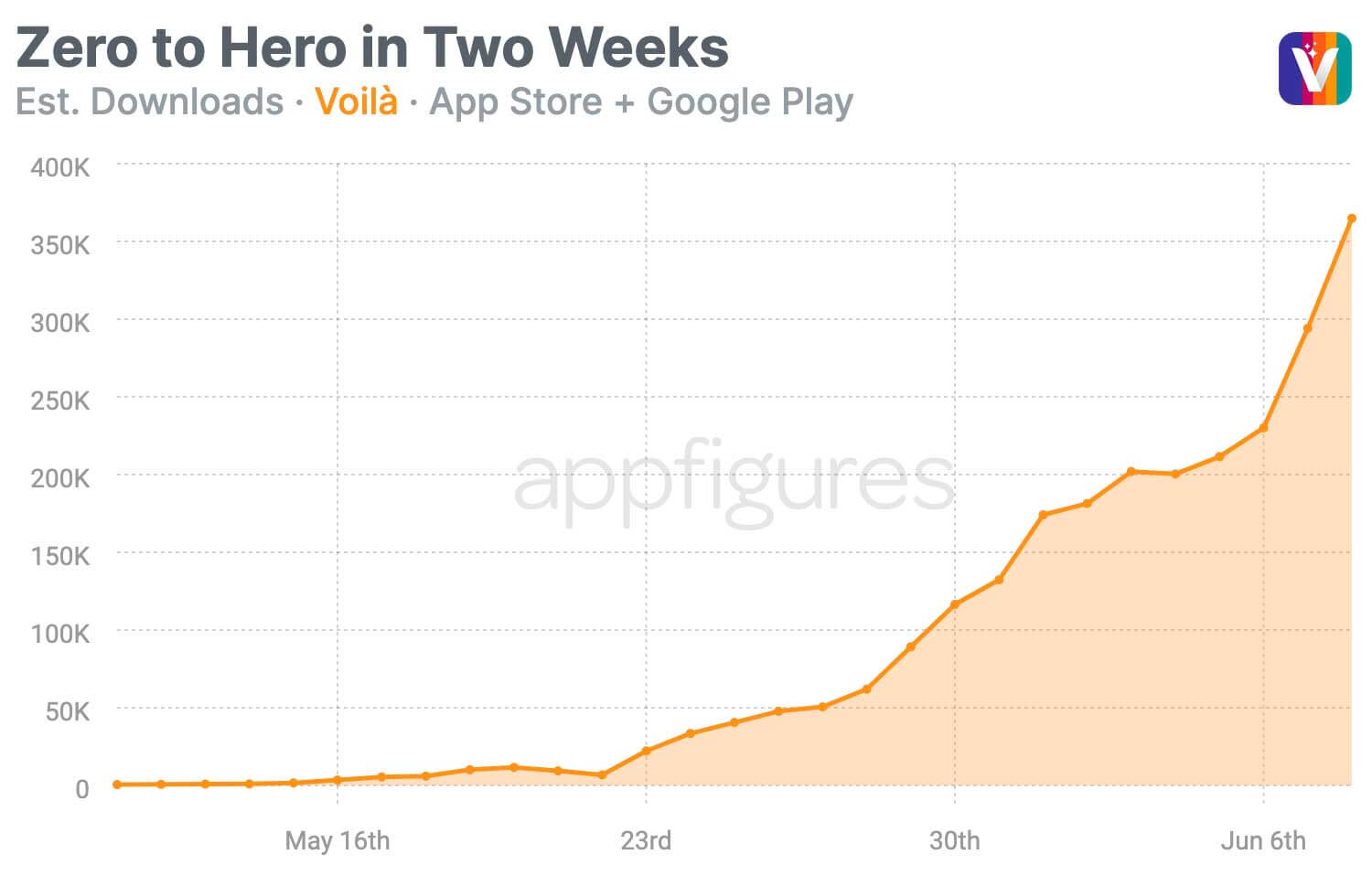 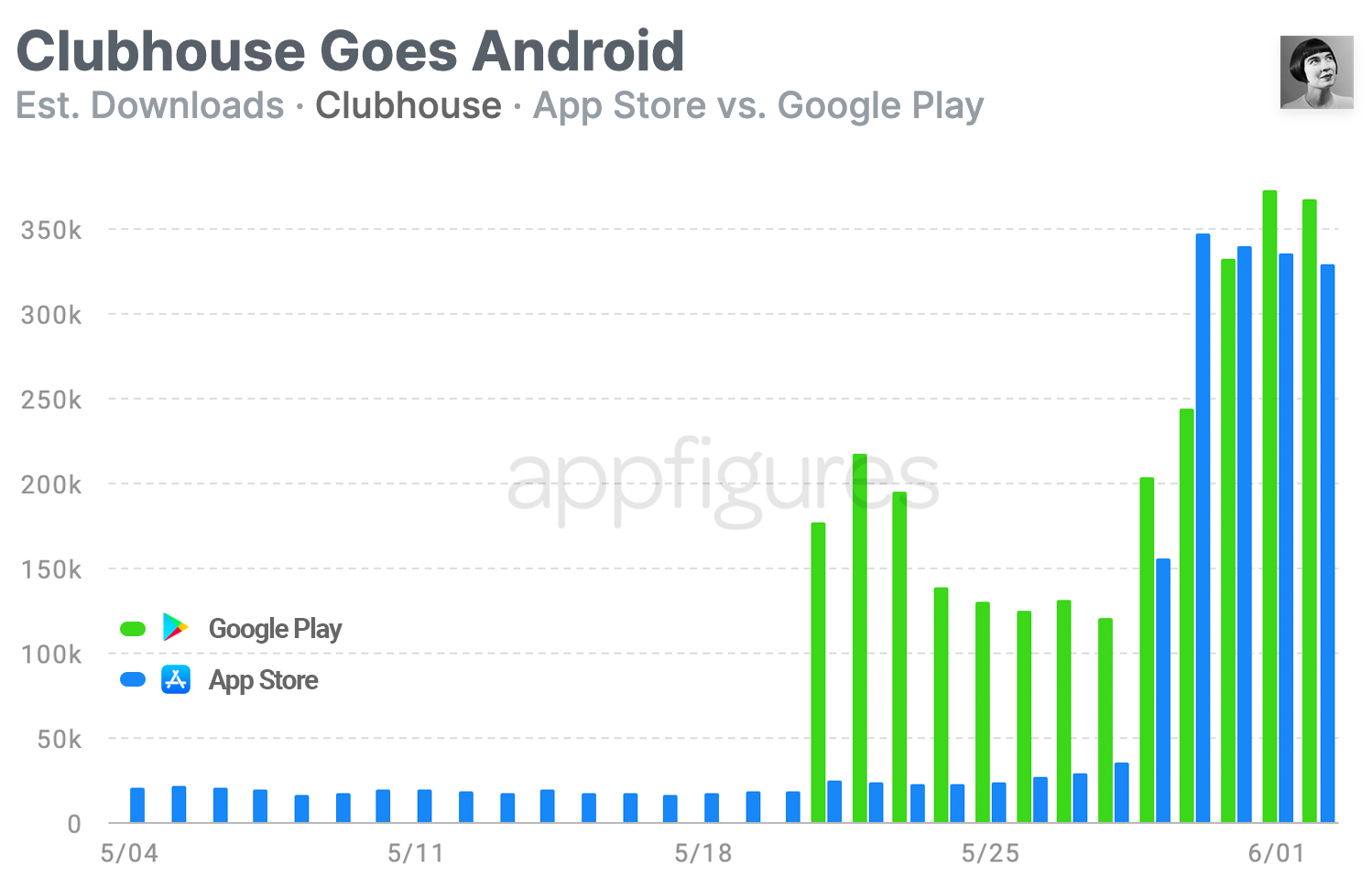